Here you can read an article that I wrote on Linkedin after I visited Uganda in March 2017. Below the article, you can find a video that I used at a charity dinner to collect funds for my well project in Cameroon.

In December last year, my boss approached me with a great idea. He had attended the Global H2O thanksgiving dinner in Munich and was determined to get involved. Global H2O is a non-profit organisation founded by James Wilde and they provide clean water sources in Northern Uganda. As I work for the telecommunications company Live Reply, I was surprised when our CEO asked me to fly down to Uganda in order to see the impact the NPO has. We would both give up some bonus money and finance a well in one of the South Sudanese refugee camps. As I am a frequent traveller to various African countries, I was thrilled with this opportunity and agreed instantly. However, I did not expect to come back with a modified model for cooperating development work but let me start at the beginning.

End of March this year, I sat on a plane to Entebbe, Uganda’s international airport in proximity to Kampala. Kampala is the capital of Uganda and a vibrating metropole in the very south of the country. With a population of roughly 1.5 million, you quickly realise you are in a typical African city: Red soil, heavy traffic, loud music, friendly people and little shops everywhere.

With great curiosity, I continued my trip to my next destination: The South Sudanese border in Northern Uganda. After an 8 hours drive, partly on very bumpy roads, crossing the Nile and entering a rocky and hilly and very beautiful landscape I arrived in Moyo. From here, we headed towards one of the refugee camps. In total, Uganda has taken more than 1 million refugees that flee from a civil war between rebel groups and the government in South Sudan. Furthermore, a heavy drought hit the area so that livestock dies and water is scarce. In the UN refugee camp, the refugees – a majority of them children – get registered, vaccinated and are more or less sent into the woods where they build shelter.

The borehole for “our” well was already drilled and water samples were now on their way to get approved in Kampala. Luckily, I was able to see the whole procedure of drilling the hole on another site.

The drillhead brutally digged its way into the soil, making loud noises. The workers responsible wore slippers, jeans and t-shirts, far from any European safety standards. However, they certainly knew what they were doing. The 5 metres long drill tubes were manually screwed on the drillhead and on top of each other. Every time, a layer of soil would be taken apart to check if water could be available. It is a very exciting hands on work. This particular borehole was going as deep as 80 metres. No water was found that day, but the hole would remain open in case water gathers in the bottom eventually. In case it does, blue plastic pipes with thin cuts would be installed after the water samples are approved. The total work for one well takes roughly two days. 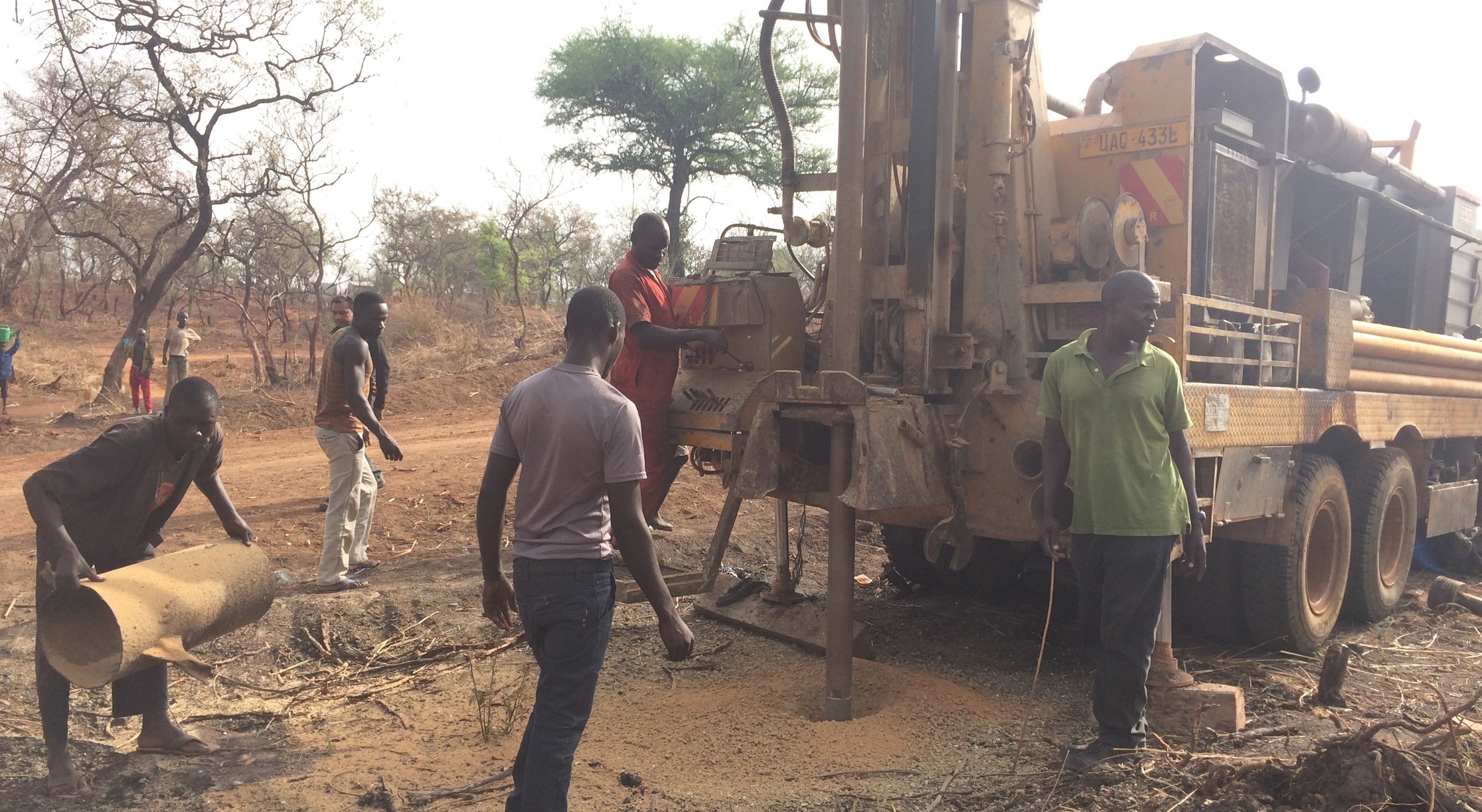 I was impressed by the routine and the skills of all the drillers but the answers to my questions on the interaction between Sub Saharan Drilling and Global H2O were still not found.

At this point, I should let you know about my academic background: I wrote my master thesis on the concept of Social Business. In a nutshell, Social Businesses are companies that operate profitable but not profit maximising and have therefore a primary social or ecological goal while at the same time being self-sustainable. In the course of the week, I got the chance to discuss the whole situation with Rafael. He told me how they always offer very low prices to the NPOs they work for. Rafael is a highly engaged Spaniard and you can see the passion that he has to deliver good quality boreholes. However, he is sometimes struggling with material supplies, spare parts and the great distances within the country. Bearing all this in mind, I noticed that his goal was not to be as profitable as possible with Sub Saharan Drilling. His focus was clearly on delivering reliable sources of water to the people. His explanations were supported by the fact that Sub Saharan Drilling is currently experiencing financial losses. There is a fixed price for a borehole but what do you do if you do not find water? Sometimes, you have to drill 4 or 5 holes to hit water. It is a hard job to become self-sustainable in this business.

With the research I had done for my master thesis I started to consider Sub Saharan Drilling as being on its way to become a Social Business. The focus was on the social and ecological goal of bringing water to people in need. Profitability was aimed at but not its maximisation. The whole picture suddenly came together. I realised that it is a smart idea to use Social Businesses as local operating entities. NPOs usually do not have a strong operating side but a strong donating side. They might even waste money by trying to operate locally in a not well known environment. Using a Social Business to deliver the end product is the perfect combination to know that the donating money is spent well. Not only do donors get a high percentage of their money invested in the actual product, but also local workers can profit from being employed by a Social Business. 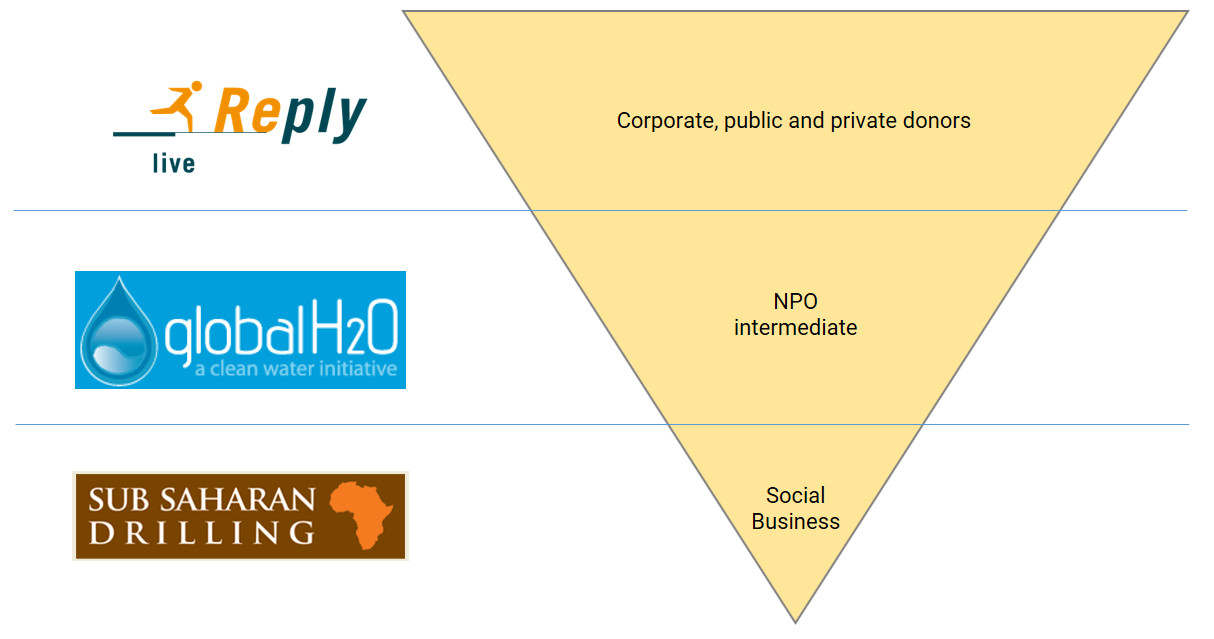 I am not quite sure if this was the initial intention of Global H2O but seeing it this way gives me an idea how cooperating development work can be more effective and more efficient. Instead of handing over the operating work to large profit-maximising companies, Social Businesses can be the right alternative for NPOs…

As we continued our journey from the refugee camp to schools and villages where the wells were already in place, I was happy to see the impact the wells have on the people. Instead of walking several kilometres with jerrycans every day, the children now have their water supply at school. This helps with concentration during classes, cooking for lunch and also for crop irrigation and animal feeding. 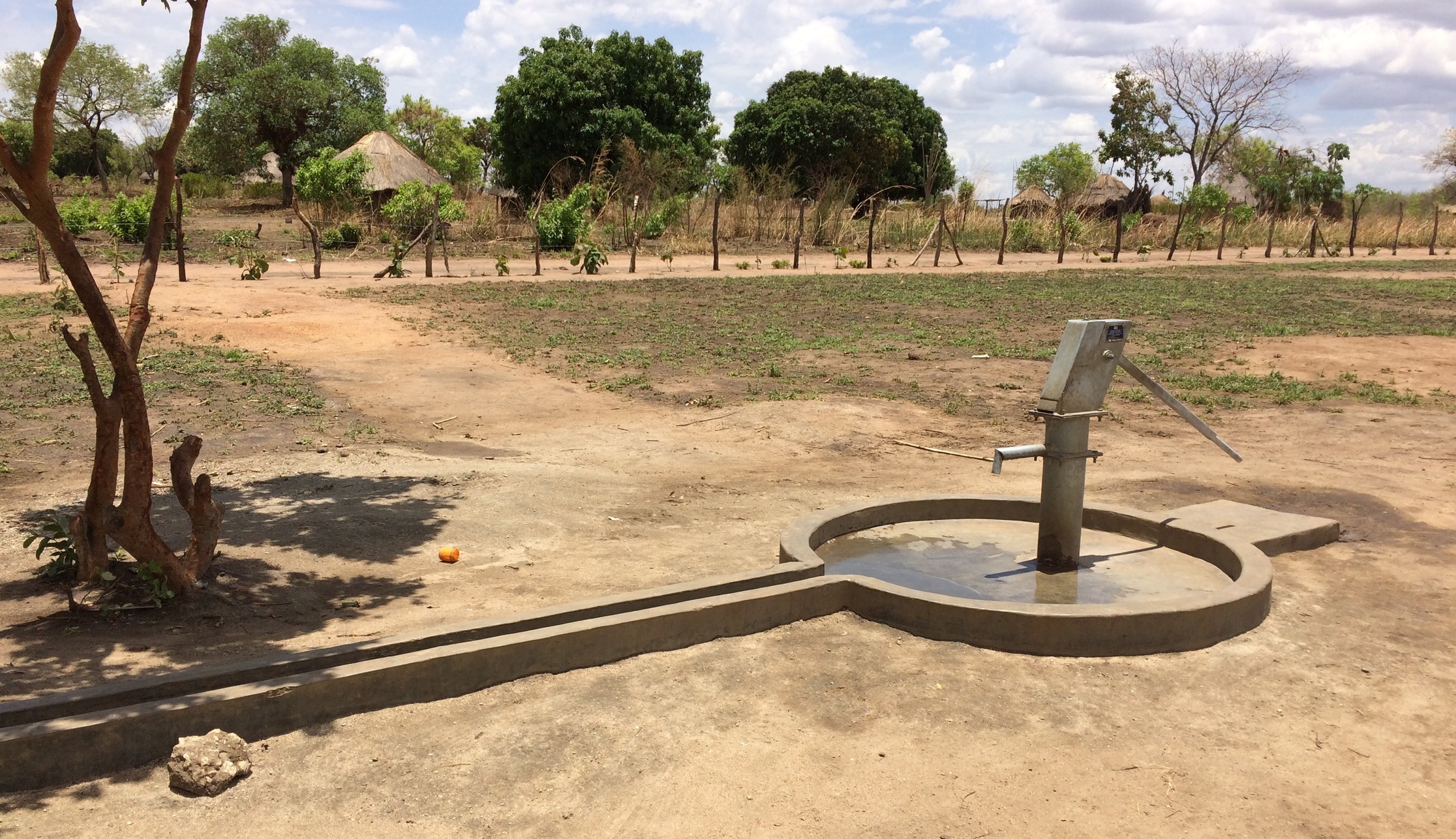 After one week, I left Uganda and went back to Germany. With the great experiences I have made in finding out more about the work of NPOs such as Global H2O and Social Businesses such as Sub Saharan Drilling, this whole journey was a success – for myself personally, for my practical understanding of development cooperation and, hopefully and most importantly, for the people who profit from the well constructions.

Take a look at this handpumped well that was constructed in November 2019 in Busia, Uganda - Thanks to your generous donations! See constructions of the well on my profile.
Today was handover to the community. And water even came from the sky for the celebration. The well was blessed and it is hopefully going to serve the community with water for many years. I will keep in touch to see if repairs or rehabs are needed.
The well is not yet finished but people are eager to collect water. Though I wish they would wear a mask 😷
Slowly getting there! It is almost done now. Tomorrow the well will be handed over to the Council. Am currently agreeing on the service contract with them that defines their duties of Operation & Maintenance.
WATER
So, this took a little longer than expected. But all challenges have been overcome and water is flowing!!
Spot found. Machine mounted. Depending on the rain, drilling will start either today or tomorrow!
Look at that, cyclingmathis is still alive! And there is news. Warning: reading time is about 3 minutes.

Interested in my journey or projects? Write to m.biermann@posteo.de, I will get back to you as soon as possible.